We Will Rock You

Following years of success on London’s West End, WE WILL ROCK YOU finally made it’s full North American debut with a 116-show tour in the United States and Canada. This quirky, eccentric and heartfelt story of outsiders is also a creative cautionary tale for the cyberage.

With the Oscar-winning film, Bohemian Rhapsody, the music of Queen is more popular than ever. WE WILL ROCK YOU follows two revolutionaries, Galileo and Scaramouche, on a quest to save rock n’ roll in a post-apocalyptic world where there are no musical instruments and rock n’ roll has died.

Galileo and Scaramouche will join a small group of societal outcasts, the Bohemians, as they fight to take back the iPlanet from the all-powerful Globalsoft, led by the Killer Queen. They will fight for freedom, individuality and the rebirth of rock n roll.

Since 2002 over 16 million theatregoers in 19 countries have been thrilled by this awe-inspiring production. Elton fashioned this futuristic story around more than 24 of Queen’s biggest hit songs including: We Are the Champions, Radio Ga Ga, I Want To Break Free, Somebody To Love, Killer Queen, Don’t Stop Me Now, Under Pressure, Bohemian Rhapsody, Another One Bites The Dust and, of course, We Will Rock You.

WE WILL ROCK YOU reflects the scale and spectacle that marked Queen’s live performances and earned the band its pinnacle position in rock history. With Queen’s Brian May and Roger Taylor as music supervisors and “a band without parallel in the theatre” behind the cast, the audience can expect WE WILL ROCK YOU to rock as fiercely as the best of Queen’s concerts.

“A concert is not a live rendition of our album. It’s a theatrical event.” 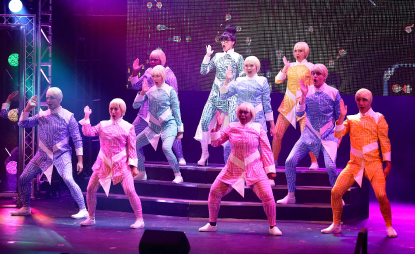 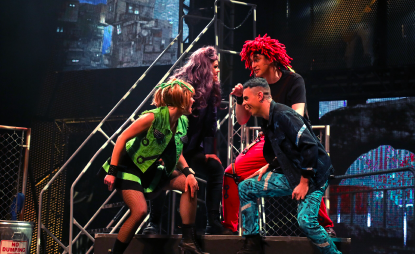 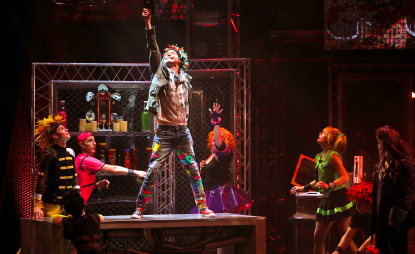 “The singing and choreography is nothing short of spectacular.”

“The house band rocked on every musical number.”

“Many lessor Queen songs [like ‘A Kind of Magic’ and ‘Hammer to Fall’] are so good.” 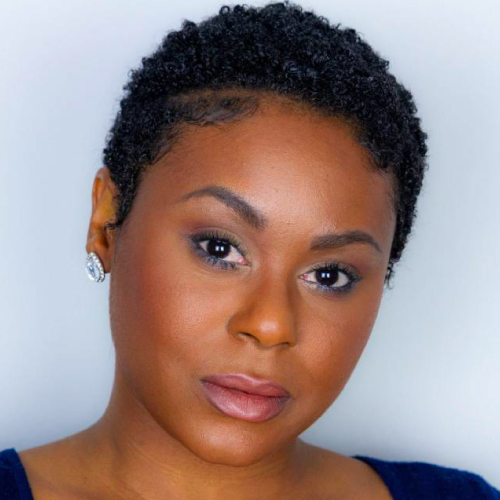 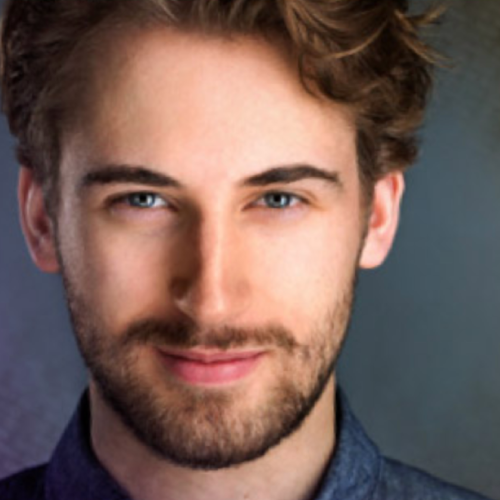 Brian hails from Edmonton, Alberta as a graduate of MacEwan University’s music program and an active member of the local arts scene. He also has a political science degree and is delighted to be taking a break from Twitter during this tour. Favourite past theatre credits include: Roger in RENT, Chris in Miss Saigon, Jerry in The Full Monty and Sonny Malone in Xanadu. 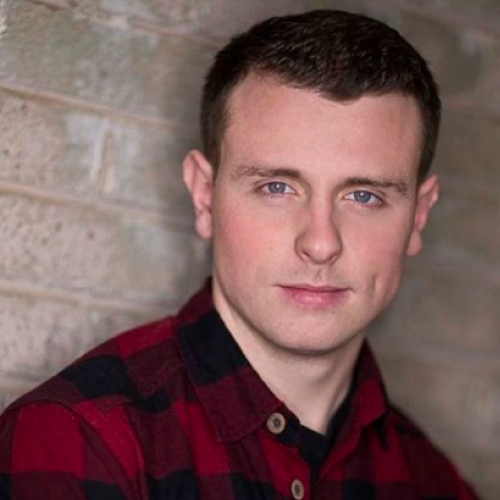 Trevor is thrilled to be a part of the North American tour of We Will Rock You. Select stage; Bert in Mary Poppins, Marius in Les Misérables, Vocal Captain for Celebrity Cruise Productions. Select television; My Babysitter’s A Vampire (Disney), The Listener (CTV), Baxter (Family). 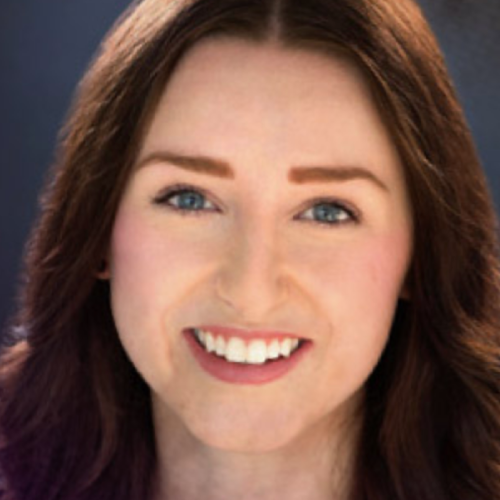 Karina is an actor, singer, dancer, and arts educator based in Edmonton, AB. She is so excited to be working with this incredible cast, crew and creative team while at the same time getting to explore this beautiful continent in the dreamiest way possible! 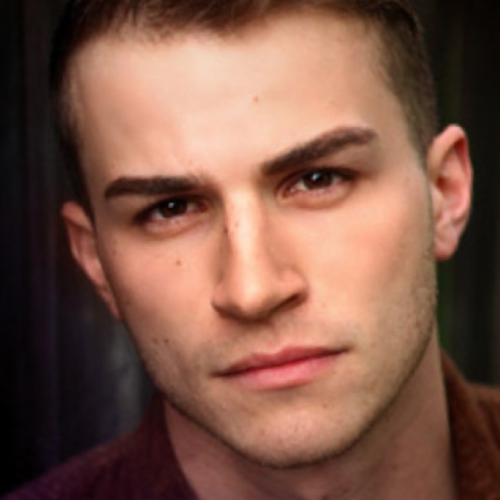 Born in Regina but raised in Ottawa, Jeremy is honoured to be making his touring debut with the company of We Will Rock You. Selected credits include Heathers (JD/ We Are Here productions), The Who’s Tommy (Tommy/ OrpheusMTS), Joseph and the Amazing Technicolor Dreamcoat (Joseph/The LOT), The Rocky Horror Show (Rocky/The LOT). 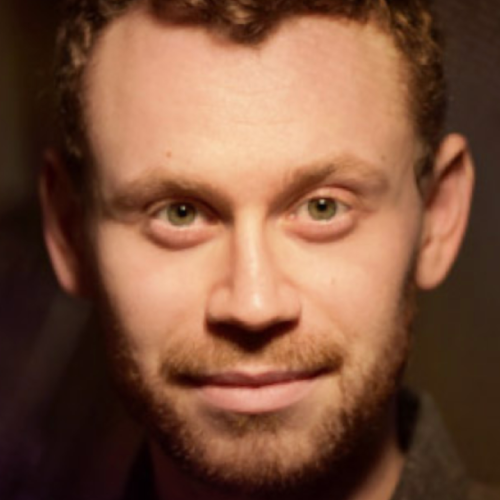 Kevin is thrilled to be in the North American tour of WWRY! Previous credits: Margaret Mead/Ronny in Hair (Hart House Theatre), Hunter in `{`Title of Show`}`, Lawrence in For Whom the Southern Bell Tolls (East Side Players), Lord Aster in Peter and the Starcatcher (The LOT), Bobby Strong in Urinetown, Tenor in Jacques Brel (Collective Productions). 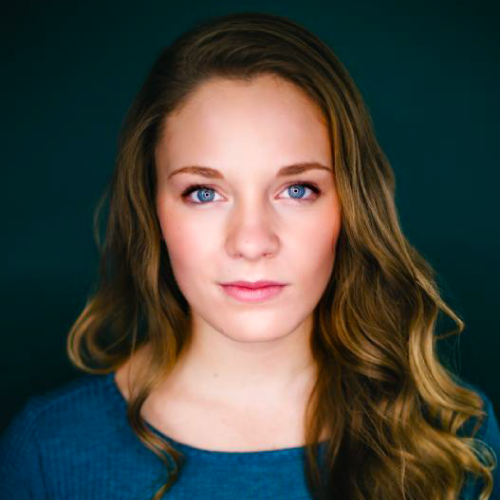 Alysse Ernewein is thrilled to be a part of We Will Rock You North American Tour. Theatre credits include: Hope in Urinetown (STF), Carmen Diaz in Fame (Madinat Theatre, Dubai tour), Cinderella (STF) and Footloose (RCPA). Originally from Canmore Alberta, Alysse is a Randolph Academy graduate who is honored to perform in this phenomenal production. 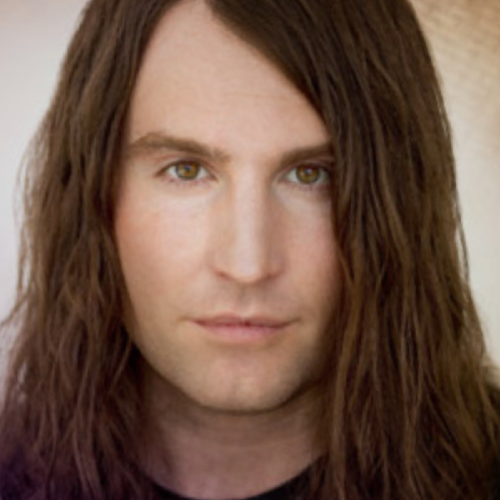 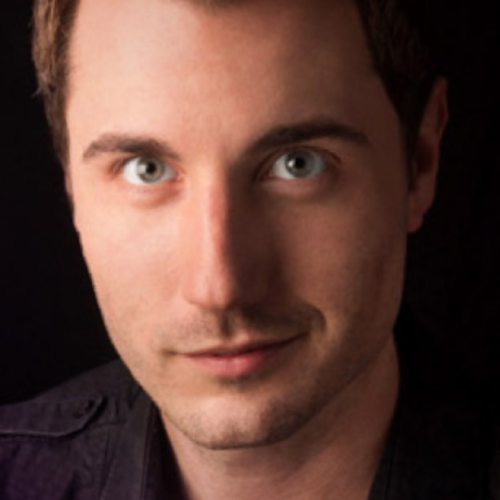 Danny hails from Calgary, Alberta and is thrilled to be making his debut performance with Annerin Productions and the cast of WE WILL ROCK YOU! Other favourite shows include: Mary Poppins, Joseph & The Amazing Technicolour Dreamboat (Storybook Theatre); Next To Normal (Cappuccino Theatre); and Cabaret (Mayfield Dinner Theatre). 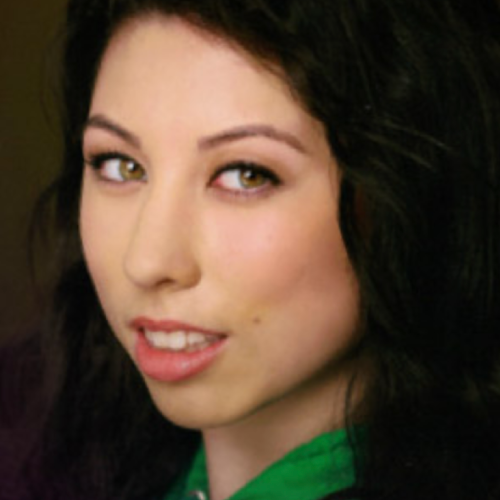 Amelia is thrilled to be joining the We Will Rock You family!  Originally from Calgary, she now resides in Toronto and is a proud RAPA graduate. National Tours: Evil Dead the Musical (Swing), Disenchanted (Swing). Regional: Urinetown, Dirty Rotten Scoundrels, Blue Champagne (STF), Anything Goes, Avenue Q (The LOT). 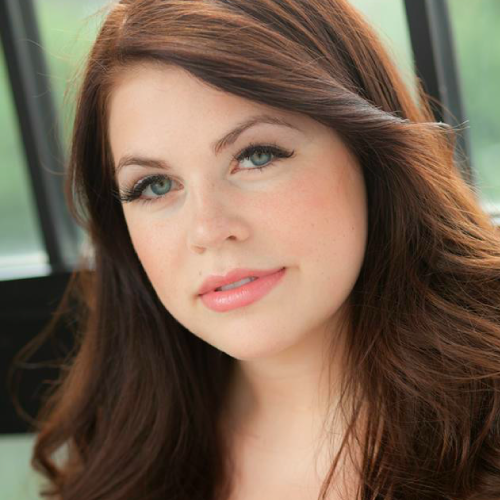 Keri Kelly is shook to be making her National Tour Debut! Favorite credits include Kate in Glass (Lincoln Centre, Artist of the Year) and Elle in Legally Blonde. After performing in Europe for the past two years she is pumped to be Rockin’ with an all Canadian cast. Thanks to my WWRY team, family and friends for their love and support. 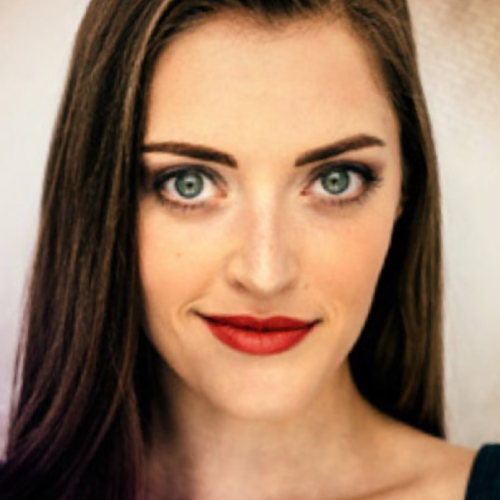 Vanessa Mitchell is thrilled to be touring with We Will Rock You! US National Tours: Lorraine Flemming in 42nd Street, Ensemble in Monty Python’s Spamalot!. Selected Regional Theatre; 42nd Street (The Gateway Playhouse), Singin’ in the Rain (Arts Center of Coastal Carolina), Victor/Victoria, Bullets Over Broadway! and Oklahoma! (Ogunquit Playhouse). 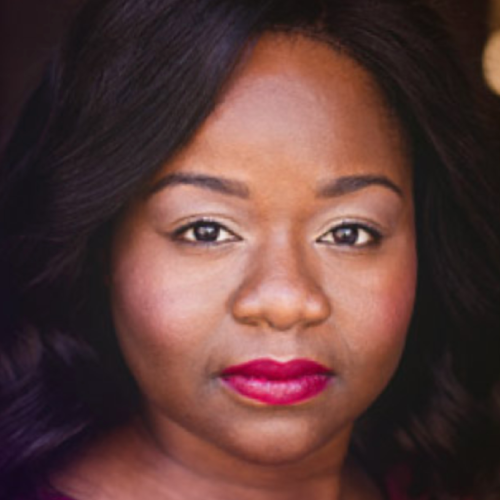 Recording artist Morrissa Nicole is an actress and songwriter from Ontario, Canada. Her sultry and soulful sound is no stranger to the musical theatre stage. Her charismatic, and friendly demeanor delivers a powerful presence on and off stage. Morrissa has released her self-titled album out of Nashville, TN and two music videos. Morrissa is excited for this WWRY journey and wants to thank everyone for watching today! 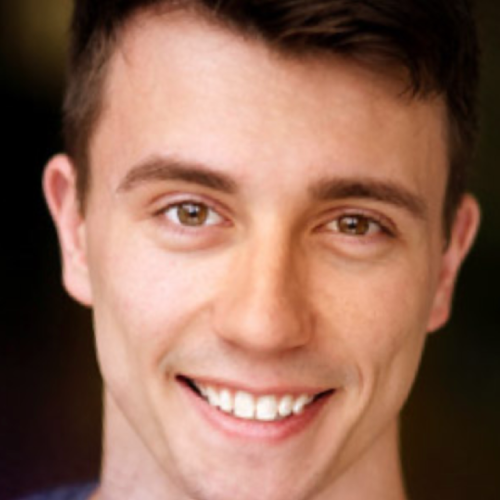 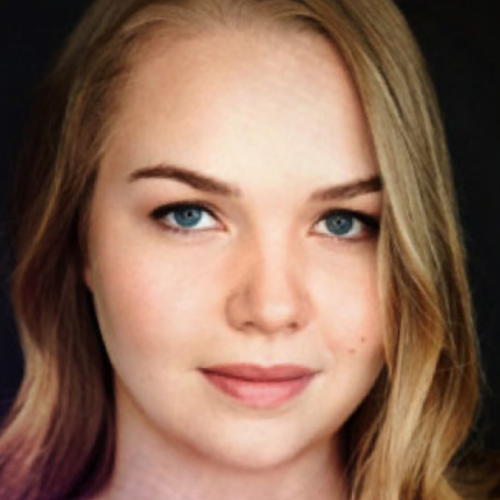 Hannah Smart is honoured to be a part of the cast of We Will Rock You. Previous credits include: The Rocky Horror Show, Joseph and the Amazing Technicolor Dreamcoat (Lower Ossington Theatre), Footloose, The Skriker (Randolph College for the Performing Arts) principal roles in The Calgary Stampede Grandstand Show (The Young Canadians). 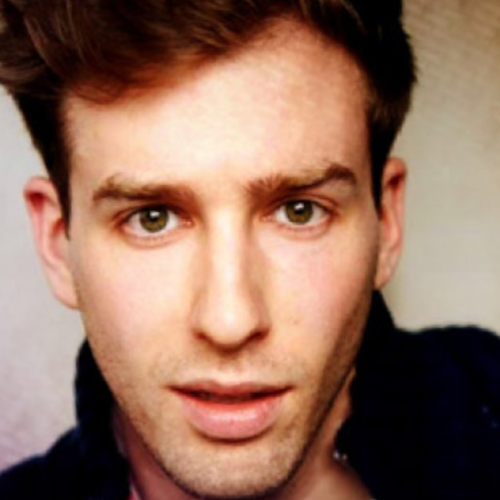 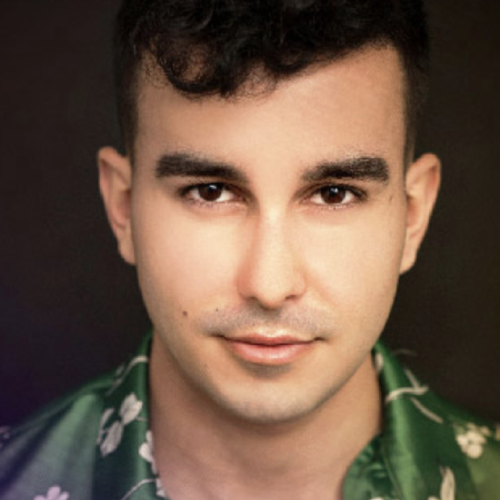 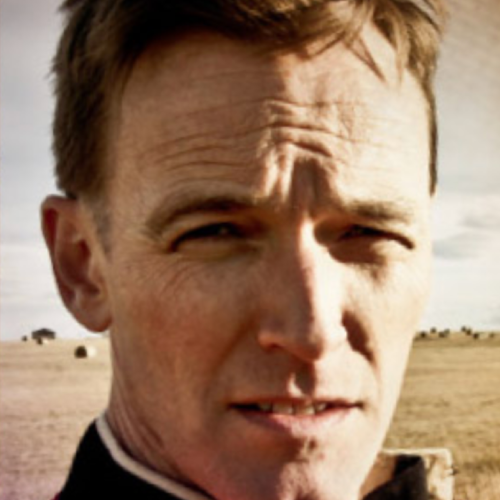 Scott Henderson is a songwriter, producer and vocal coach. He founded the R&B vocal group The EarthTONES (5 top-20 hits, 2 Juno nominations, and toured much of the world). His main project, funk/soul band Souls in Rhythm, has toured much of Canada, and has shared the bill with many renowned artists. Scott is also the music director for the Calgary Stampede’s Grandstand Show. 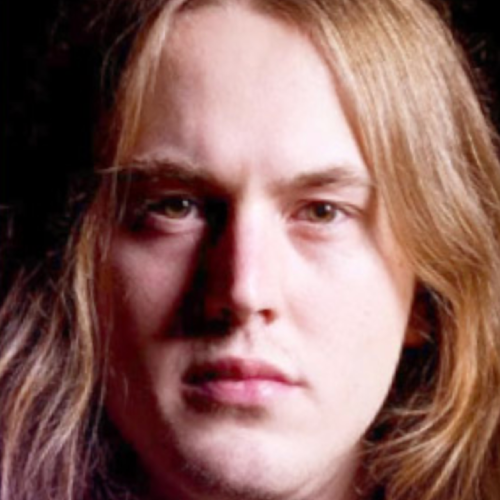 English guitar virtuoso Sam Coulson has toured the world multiple times as a member of British Prog Rock band ASIA. Sam has also worked along side Paul Gilbert, Guthrie Govan, Tony MacApline and Walter Trout. Sam has enjoyed a successful solo career releasing two instrumental records plus being an artist with JamTrackCentral. Sam has been a fixture of the YouTube guitar scene since 2006. 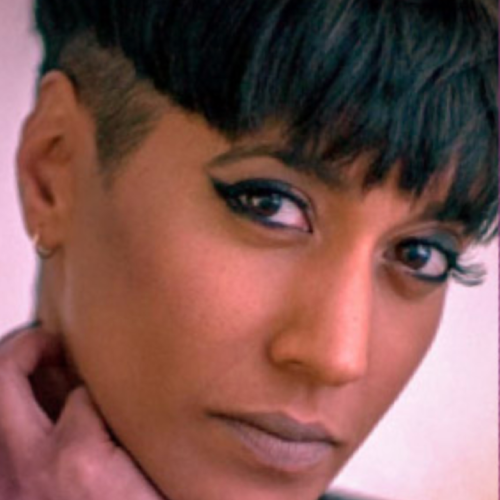 Multi-instrumentalist Lisa Jacobs declares the bass guitar her most beloved.  Playing her first blues festival at age 12, she has gone on to write, record and perform with a variety of artists, including Jann Arden (a personal highlight). Lisa is currently the music director and bassist for platinum recording artist, Jocelyn Alice.  Their song “Bound To You” went gold in 2018.  In addition to performing, Lisa has a degree in music therapy, creating music with people with varied abilities. 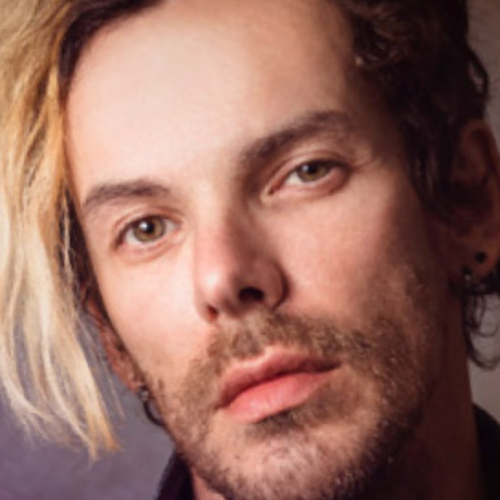 Kyle McKearney has toured extensively as front man of the Canadian pop success, “The New Electric” and of the alt rock band “Krowns”. Kyle has written 4 songs that have sat in the top 20 on the Canadian Billboard charts. Toured with Nick Carter, Shawn Hook, Pop Evil, My Darkest Days and more. Wrote “Christmas In Love” with Roger Taylor of Queen. 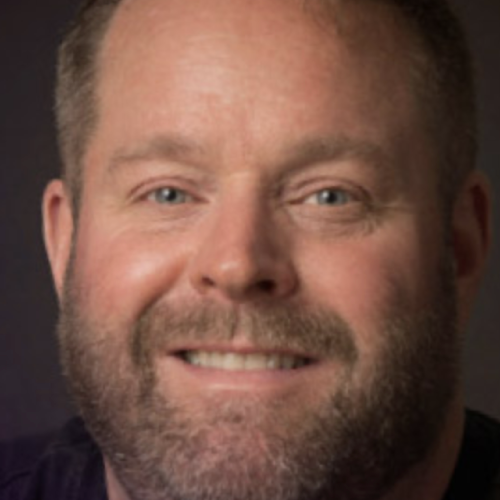 Chad Melchert is one of Canada’s most sought after live and session drummers. While calling the Edmonton area home he has toured all over the world and played with artists of all genres. Chad was crowned CCMA (Canadian Country Music Awards) Drummer Of The Year in 2012, 2014, 2015, 2016 and 2019.